AJW Mechanical was founded by Allan White in 1996. AJW currently serves some of the very same clients today while still sharing the same values, honesty, integrity, accountability, and reliability. To provide a glimpse of these values in action; Laurence White started Laurence A White Refrigeration in 1964 and later his brother Allan joined him. They formed White Refrigeration in 1969.  They operated and grew the company until 1987 when they sold to David Lester. Allan remained with the company until it was sold to Johnson Controls. The national company and Allan where not a good fit and after a few years they parted ways leaving Allan jobless. At this time Allan’s customers tracked him down at home and requested his services and that’s when AJW Mechanical was founded in 1996. Allan at the age of 64 sold AJW to the current owner, Charles Mercer, in June of 2004. Allan stayed with the company for one year and gradually phased himself out. He and Laurence till this day help AJW with special projects. Case in point when Laurence and Allan helped AJW do a walk-in cooler and freezer project for Romero House (a local Saint John non-profit who provides meals for those in need). 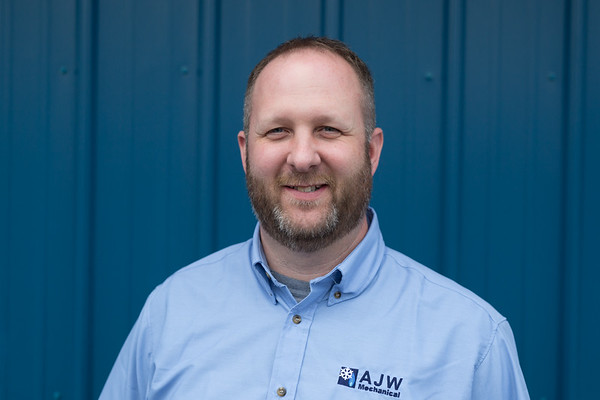 Chuck Mercer is the current owner of AJW and can often be found in the field managing his team or working on installations and maintenance. Chuck brings a hands on approach to AJW and ensure’s all staff are well trained and ready to take on projects large and small. His down to earth personality and willingness to pick up the phone and talk to customers directly showcases why AJW Mechanical has been the leader in heating and cooling for so many years. Customers love the personal commitment to being taken care of and it starts right from the top.

Peter Miller is our product expert and lead sales manager. He has 25 years of experience and provides AJW customers with a friendly and welcoming starting point for all your questions and needs.